To create a Fastcall ACD (automatic call distribution) IVR you start by creating a group with your ACD users. BTW, the Fastcall group uses the Salesforce group for users, but we add functionality to our custom object. Next, create an IVR (interactive voice response) that uses call transfer as the action. The scope is a transfer to the group you created. You can set an initial greeting, call recording or a “no answer IVR.” The ACD strategy options include round robin or simulring. The ACD timeout is the time in seconds to ring the ACD. Last, provision a phone number and assign it to an IVR you created. Easy, right? 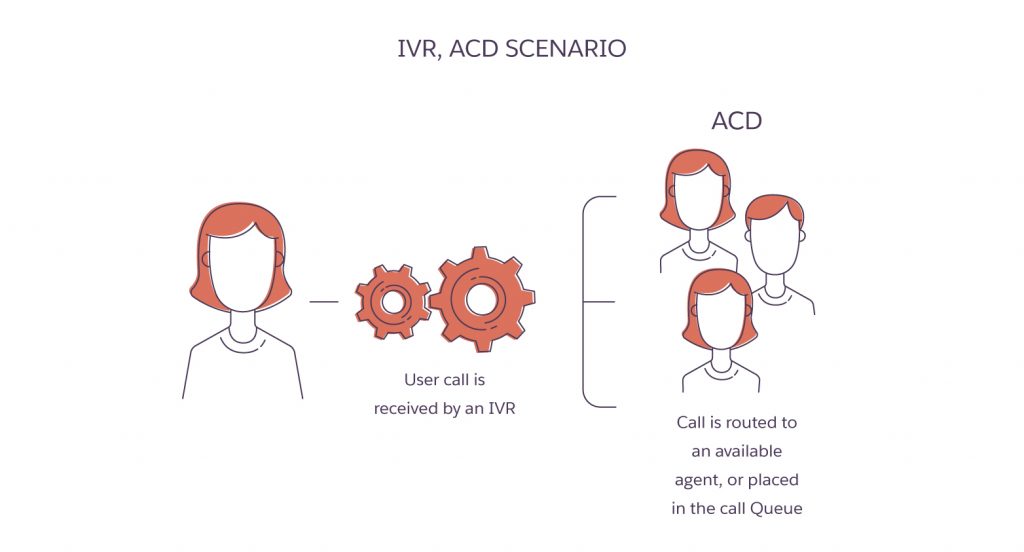 When setting a new number you are given two options: User Inbound – a phone for a single user; or ACD. For the Fastcall ACD, a phone number is provisioned an assigned to an IVR which contains the ACD. 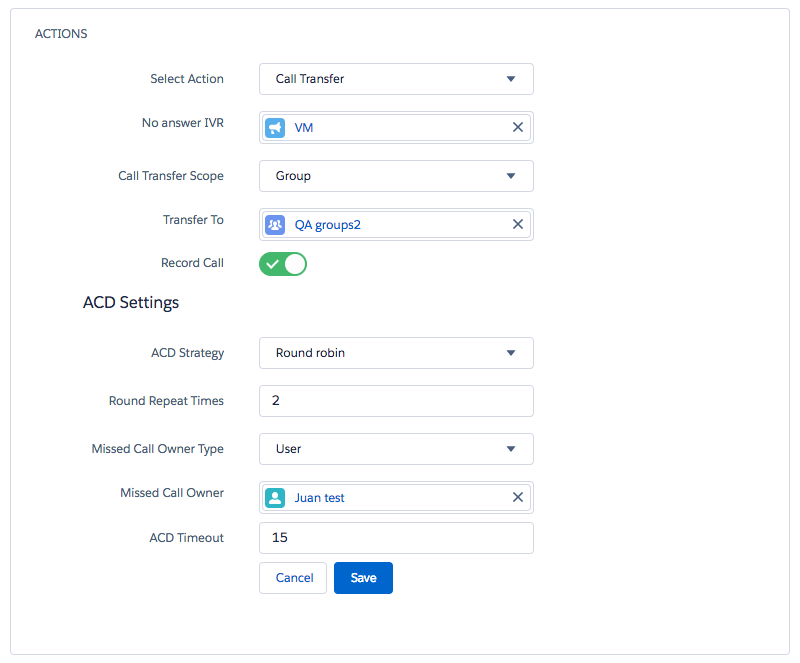 BeLocal uses the Fastcall Automatic Call Distribution when routing BeLocal inbound calls; that is when the called party calls back the caller ID. One benefit of BeLocal is that returned calls increase because of the local caller ID.

Unlike user phones which can overflow or simulring many users phones (personal phones), the ACD calls the user on one phone designated as the ACD phone.

These phones can be the softphone, office phone or a mobile. But we only use 1 phone per user for the ACD. Set the user’s phone under the User Phone tab in Fastcall (under Admin.)

When using the Fastcall application for outbound calls we know your status (available, on a call, offline) and we use this status to route inbound calls. Five users in the ACD Group, four are on a call, the 5th will receive the call.  If all five are available, then we ring round robin. Fastcall also supports simulring (rings all five at once, first to answer gets the call.) You set these options in the IVR setup.

Fastcall will create one Salesforce Task for the call. You can also check your ACD Calls on your Dashboard

Ready to start the Free Trial?

Provide your information and install the package in your Salesforce Org.

Please enter your email to join the Fastcall Appexchange

Schedule a Demo With The Fastcall Team

Chat with an Expert

Fastcall is available for chat in the: