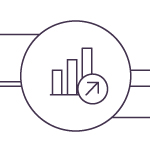 What is a native Salesforce app?

Here’s an example. You have native and hybrid apps on your phone. The native apps are more closely interfacing with the operating system.

According to Techopedia: a native mobile app is a smartphone application that is coded in a specific programming language, such as Objective C for iOS or Java for Android operating systems. Native mobile apps provide fast performance and a high degree of reliability.

Native apps are written for the platform.

Are all native Salesforce apps the same?

Going back to an analogy, it’s like food manufacturers that market their product as healthy by saying  “Natural” or “Made with Whole Grains,” but then still have sugar listed as the first ingredient.

So how can you tell if an app is 100% native to Salesforce?

All certified native Salesforce apps have a “Native App” icon listed on their AppExchange product page. For example, take a look at our AppExchange listing for Fastcall:

If Salesforce doesn’t give its “Native App” seal of approval, it’s not 100% native.

If you’re still not sure if the Salesforce app is 100% native, ask your sales rep three simple questions –

2. Where is the app hosted?

3. Where is the app data stored?

If the app is hosted on or if its data is stored on an outside server – and not within Salesforce itself – then the app is not considered 100% native.

So why is a 100% native Salesforce app better than a non-native app?

We’re so glad you asked! There are a slew of benefits that come with a 100% native Salesforce app, including:

A 100% native app means that all of your data is updated in real-time and is always 100% accurate and 100% up-to-date. This means that as you are creating tasks, logging calls, and taking notes, you will never need to refresh your screen to see recent work, you will never encounter databases not syncing, and you can trust that your reporting will not have any record conflicts or outdated results.

When an app is native to Salesforce, that means that an app is dedicated and committed to Salesforce. Non-native apps are more versatile in that they can typically integrate with a variety of different CRMs, but when you use a native Salesforce app, you work with a Salesforce expert. If you are using Salesforce as your CRM, do you need or want your apps to be versatile across a spectrum of CRMs, or do you want an app that is an expert in your CRM of choice?

A 100% native app is typically an easier solution than a non-native counterpart because there is no need for an additional user log-in. When a user logs into Salesforce, they automatically have access to the installed native app’s features. This also means that adoption rates and training tend to be easier because a team only needs to learn one interface – Salesforce itself.